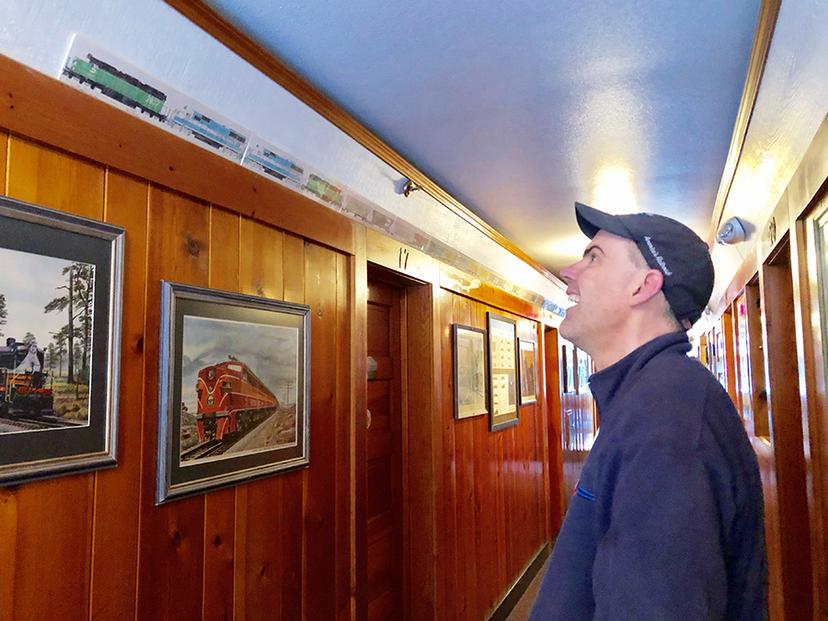 Andy Fletcher is a freelance railroad artist, speaker and advocate for trains & railroads. Over the last twenty-seven years Andy has drawn almost 3,000 railroad locomotives, cars & cabooses of America’s railroads. Andy Fletcher began drawing trains while he was in middle school. Through the years, railroads and museums across America have commissioned Andy to draw their equipment.
At the age of 18, Andy was asked by Burlington Northern to design their Executive SD70MAC paint scheme. In 2012, Andy designed the Norfolk Southern Heritage Locomotives.
The National Historic Landmark, St. Louis Union Station Hotel, guest rooms & suites have posters of Andy’s passenger trains that served St. Louis in the streamliner era of railroads.
If you are interested in placing an order or commissioning Andy to draw a train email us. You can see his railroad drawing, posters, matted prints, magnets, books and booklets on this website.
​

If you are interested in placing an order or commissioning Andy to draw a train email us.

You can see his railroad drawings,  posters, matted prints, magnets and books & booklets on this website.

Andy gave the drawings of the BN grain train to the then owners of the Inn in 1990, see the note below BN 7837 to Larry & Linda Villeux.   Below are 6 of the grain hoppers on the train. These drawings were all done when Andy was 14 & 15. 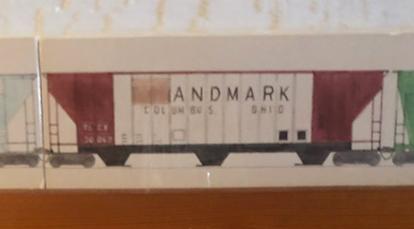 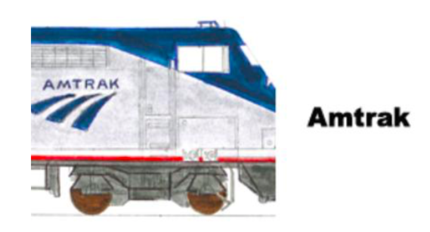 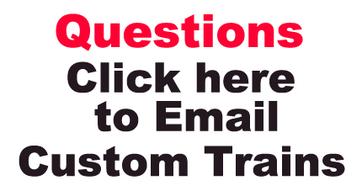 Some of Andy Fletcher's earliest drawings can be seen at the Izaak Walton Inn in Essex, Montana. Between the summers of 1988 and 1992, Andy visited the Inn during his summer vacations from school and photographed the Burlington Northern grain trains that passed by the Inn. The loaded cars were headed to the Port of Seattle and the empties back to the grain silos of the midwest. Andy took the photos home and drew the trains he saw. You can see one of Andy's 108 car BN grain trains on the mezzanine floor of the Inn today.  These early drawings are what led him to become a railroad artist. Andy visited the Inn in January 2019 and saw the Inn for the first time in winter. Photo of Andy viewing the drawings taken January 15, 2019. 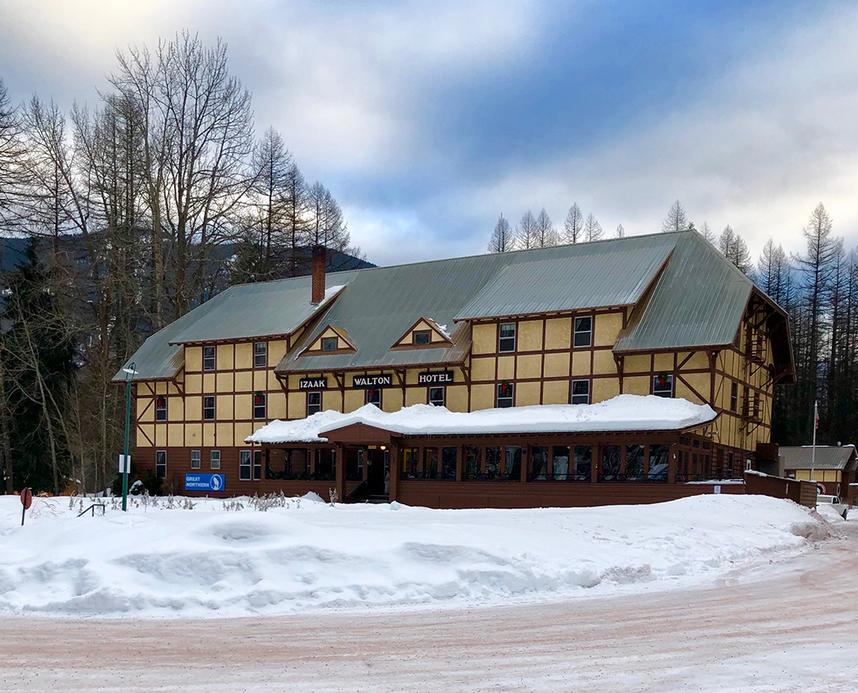 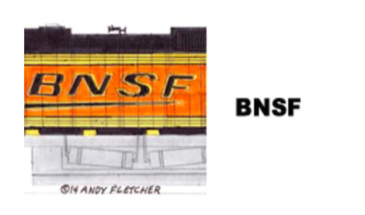